Querencia (n.) a place from which one’s strength is drawn, where one feels at home; the place where you are your most authentic self.
Sometimes when life becomes a little overwhelming you need to step away from routine and plant your feet back on home soil, to realign and refocus. NZ does this for me every single time; after not being home for 14 months and a feeling a little down in the dumps as of late, I thought what a better time to go home and just be with my family in the land of the long white cloud. First stop my local beach; Tauranga Bay. 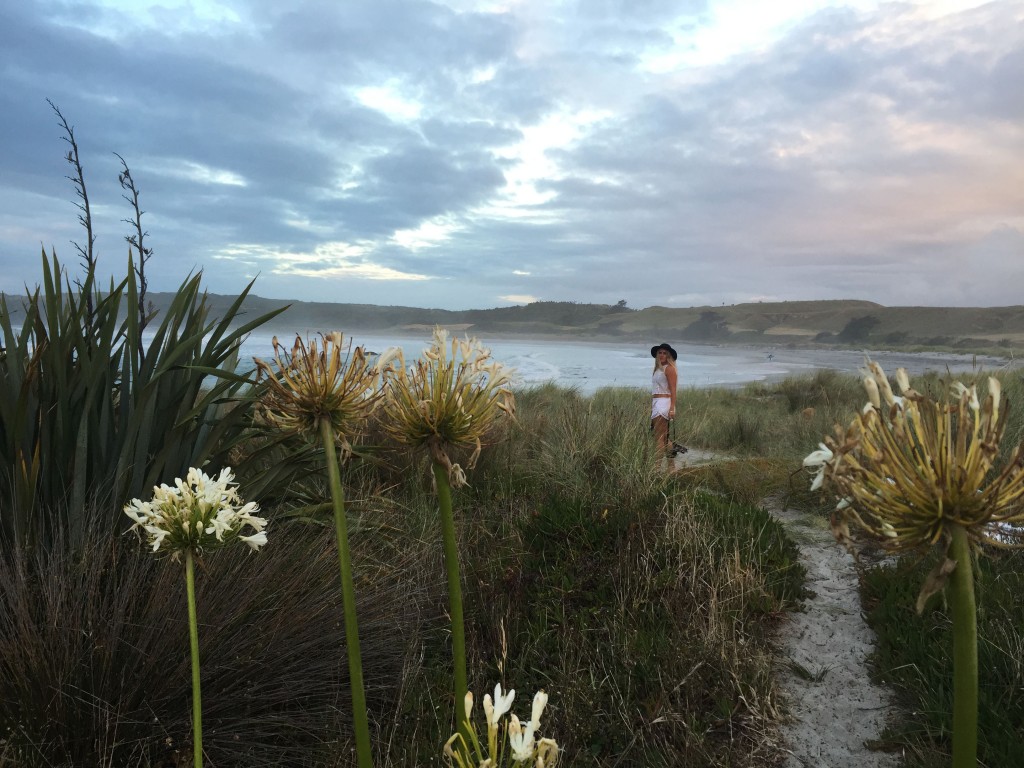 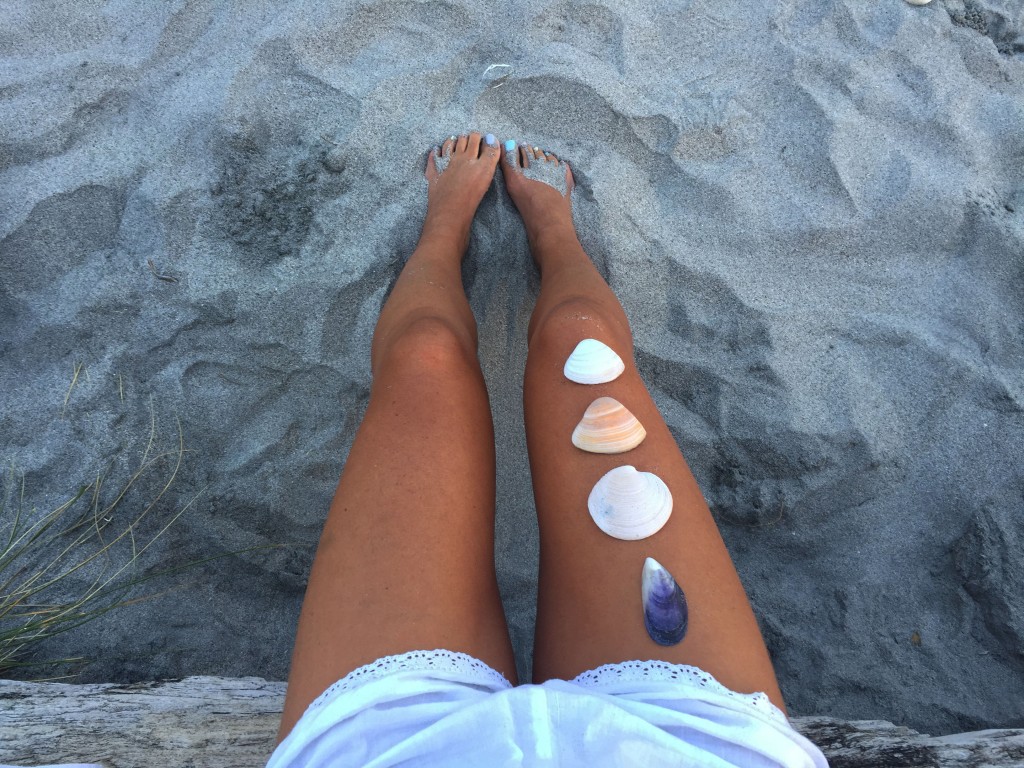 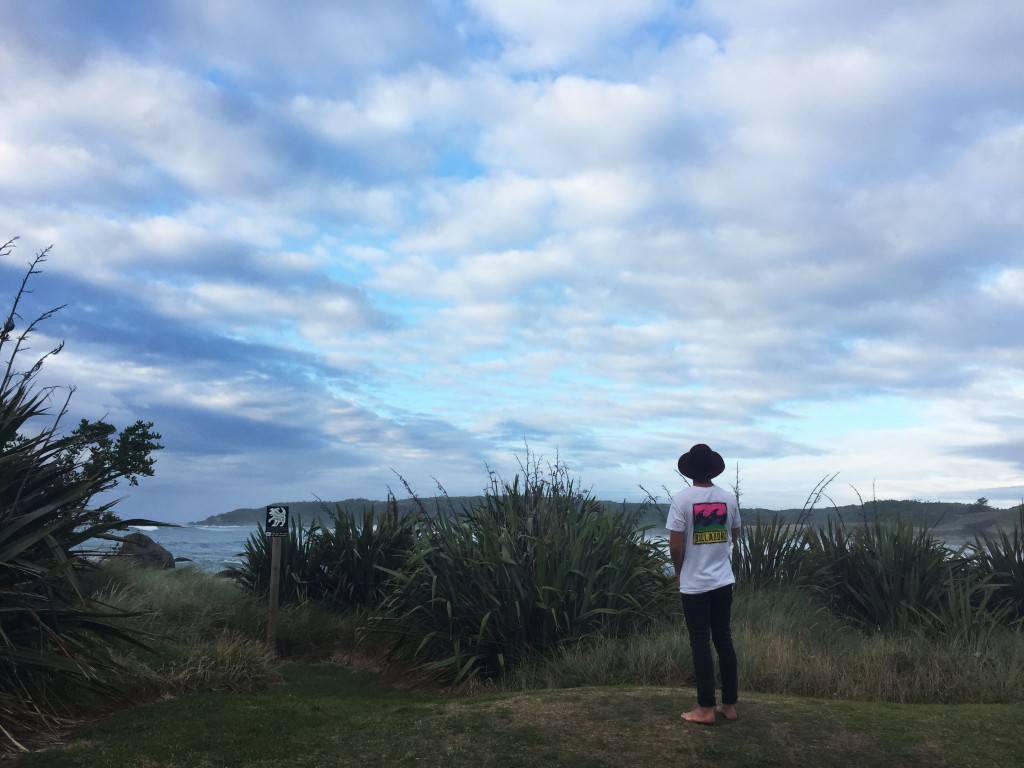 From the moment the plane flew over the Southern Alps I felt a sense of relief and a big smile formed across my face when the customs official said ‘welcome home’ in an all too familiar accent. It is completely true when they say you never really appreciate a person until they are gone – the same goes with a place until you leave it. I love that when you pull up to a petrol station there is someone there immediately to fill up your tank, I love that you can get the biggest watermelons and real fruit ice-creams from stalls on the side of the road, that you can see the milky way most nights because there is no city lights obscuring the view, and that it takes courage to wash your face from the tap due to it being so damn cold! Most of all, I just love the peacefulness and tranquility of the country. Life is pretty damn simple there and people don’t need or want for much except rugby, whitebait, a cold beer and their friends and  Whanau around. After spending a few days catching up with friends and family I gatecrashed dad’s photography expedition into a fairly isolated area of Golden Bay; the northernmost part of the South Island. We stayed in a little wooden batch in-between Takaka and Farewell Spit named Pakawau. In some parts of the bay the tide can go out as far as 7km which is crazy far and a lot of Maui Dolphins end up becoming stranded due to this. Because there is no waves the tide just creeps in which is so eerie, all of a sudden you glance back at the beach and it’s completely submerged by the ocean and it’s hard to believe there was even sand there before! 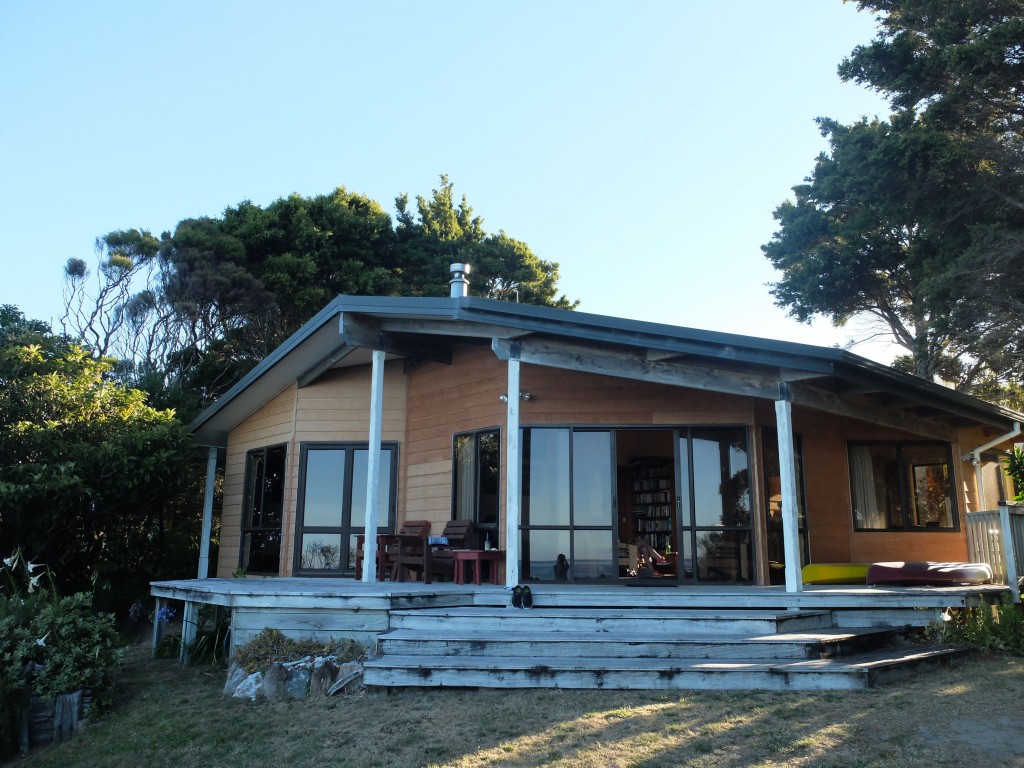 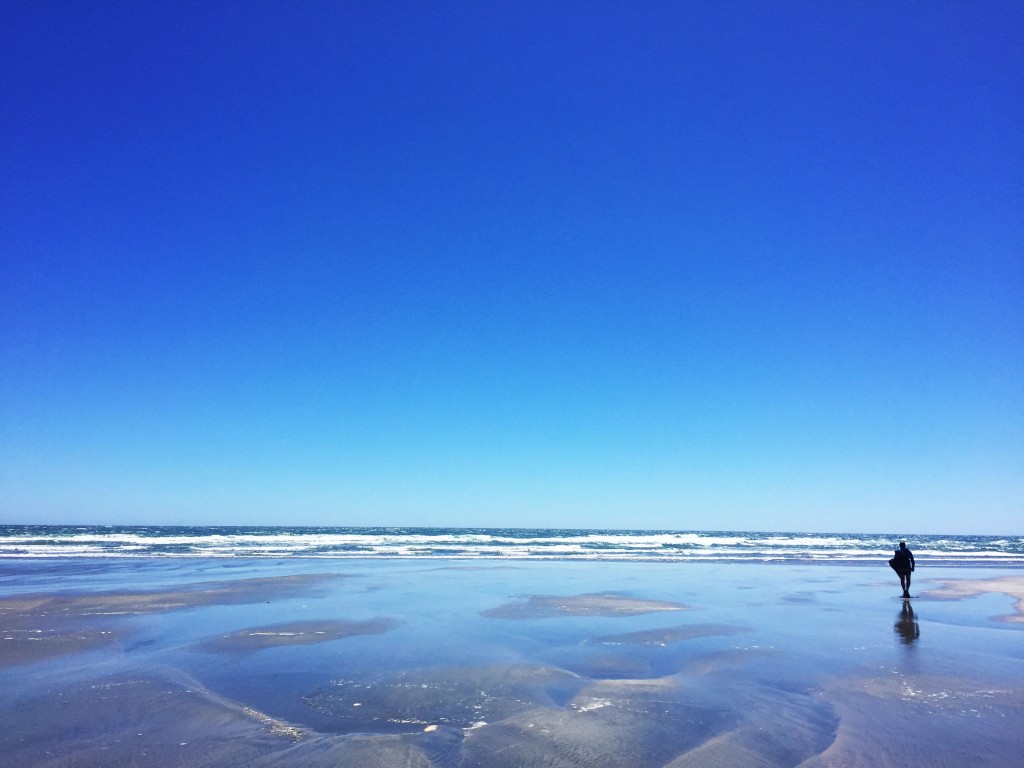 I had an incredible sleep the first night listening to the sea lapping at the shore and woke to the most spectacular sunrise. Dad and I rose at 6am to see the sky glowing a beautiful burnt orange with the moon perched in a picturesque moment. Aurora, or dawn, is the most beautiful time of day, when everyone else is fast asleep and it feels like you are the only one awake, just you and the sunrise. 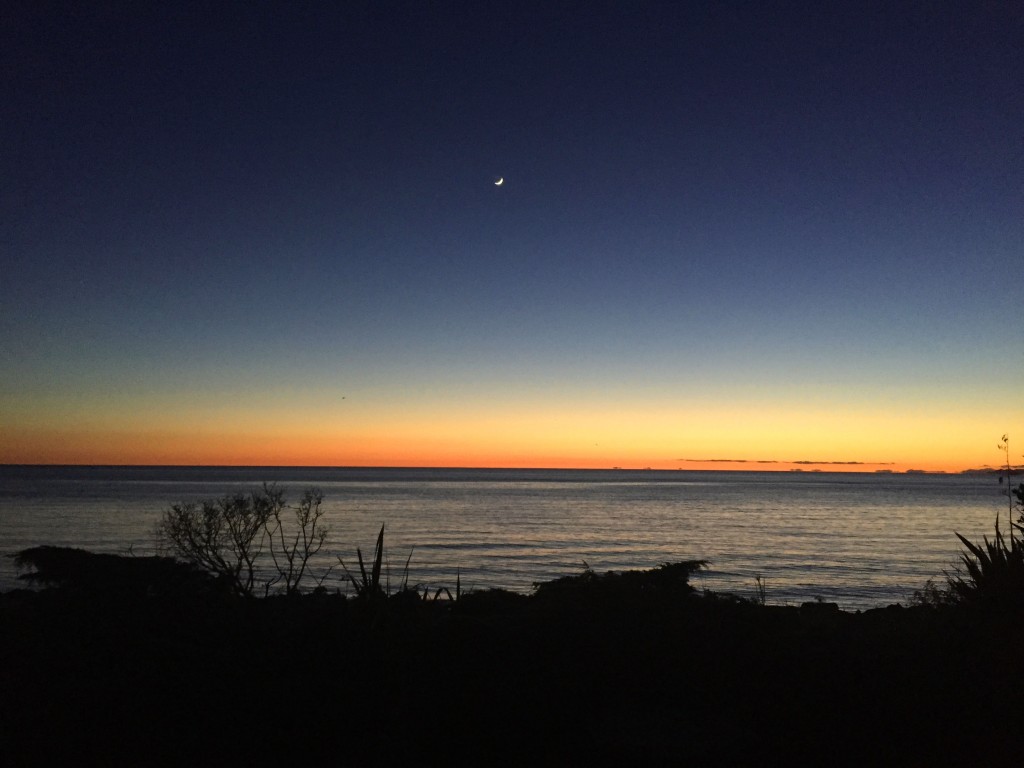 The first day we walked to a beach that took my breath away. It was ineffable; too great to be expressed in words.  Huge white sand dunes with rock formations and caves in the water, baby waves rolling through and not a soul to be seen. It was a stark contrast to the black sand beaches I am used to on the West Coast. I could of stayed there forever. 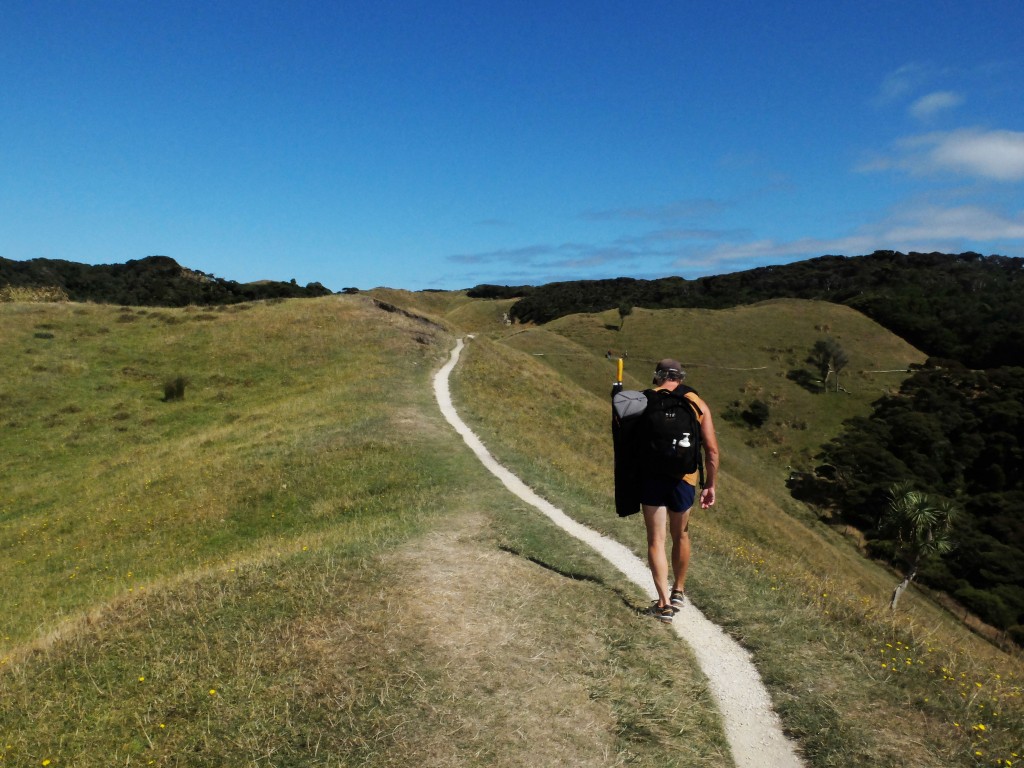 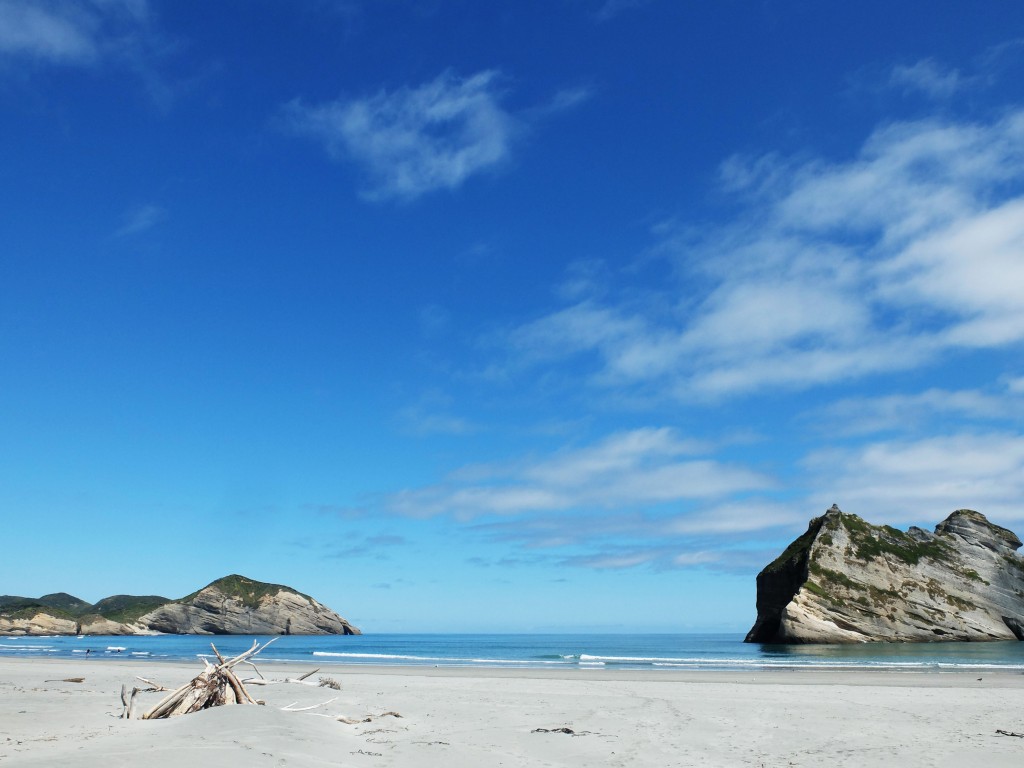 Due to Farewell Spit being doc protected land there is no public access apart from tours so we only ventured to the beginning while dad braved the extreme winds to watch and photograph the sunset that evening. I’m pretty sure he nearly got blown off the cliff!  Salisbury falls was an incredible swimming hole that was the coldest water I’ve ever been submerged in. It was so cold my limbs went numb in under a minute and it was hard to breathe. Standing under the waterfall was iridescent and magical all at the same time. Totally worth it, there is nothing more cleansing than swimming in the pure waters of NZ. The second day we definitely earned our beer (so obsessed with the Export Citrus variety!). We walked around a track only to be stopped by private farmland so instead opted for lunch beside the lake while dad took a few snaps. After asking a farmer how to get to the coast and a few wrong turns we ventured through hilly paddocks and sandy valleys until we got to the rugged and windswept beach. Only in NZ would you see cows roaming on the beach and staring at you as if to say ‘no one comes around these parts.’ 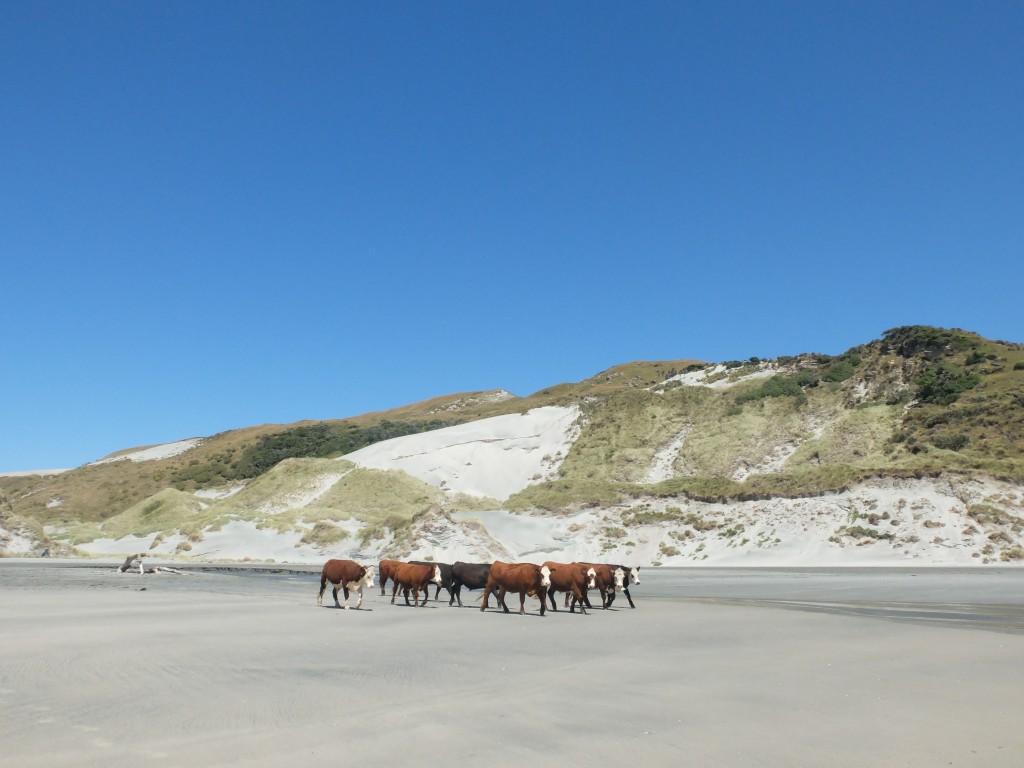 The people in the area are all so creative and have such stories to tell; we got talking to wood artists for a while before stopping at numerous candle makers, flax weavers, potters and the famous Mussell Inn café for some good kiwi tukka and homemade ginger beer. After 5 days of exploring Golden Bay with no map, driving down dirt roads just to see where they would take us, hiking over numerous types of terrain it’s safe to say I had yet another love affair with NZ; especially doing it with my mum and dad who never manage to have a holiday. In between dad teaching me a thing or two about photography, mum teaching me to crochet, long beach runs while the tide was out, home cooked meals and just the feeling of being around family – it made it pretty hard to leave.